Testing my kit in the Cairngorms. 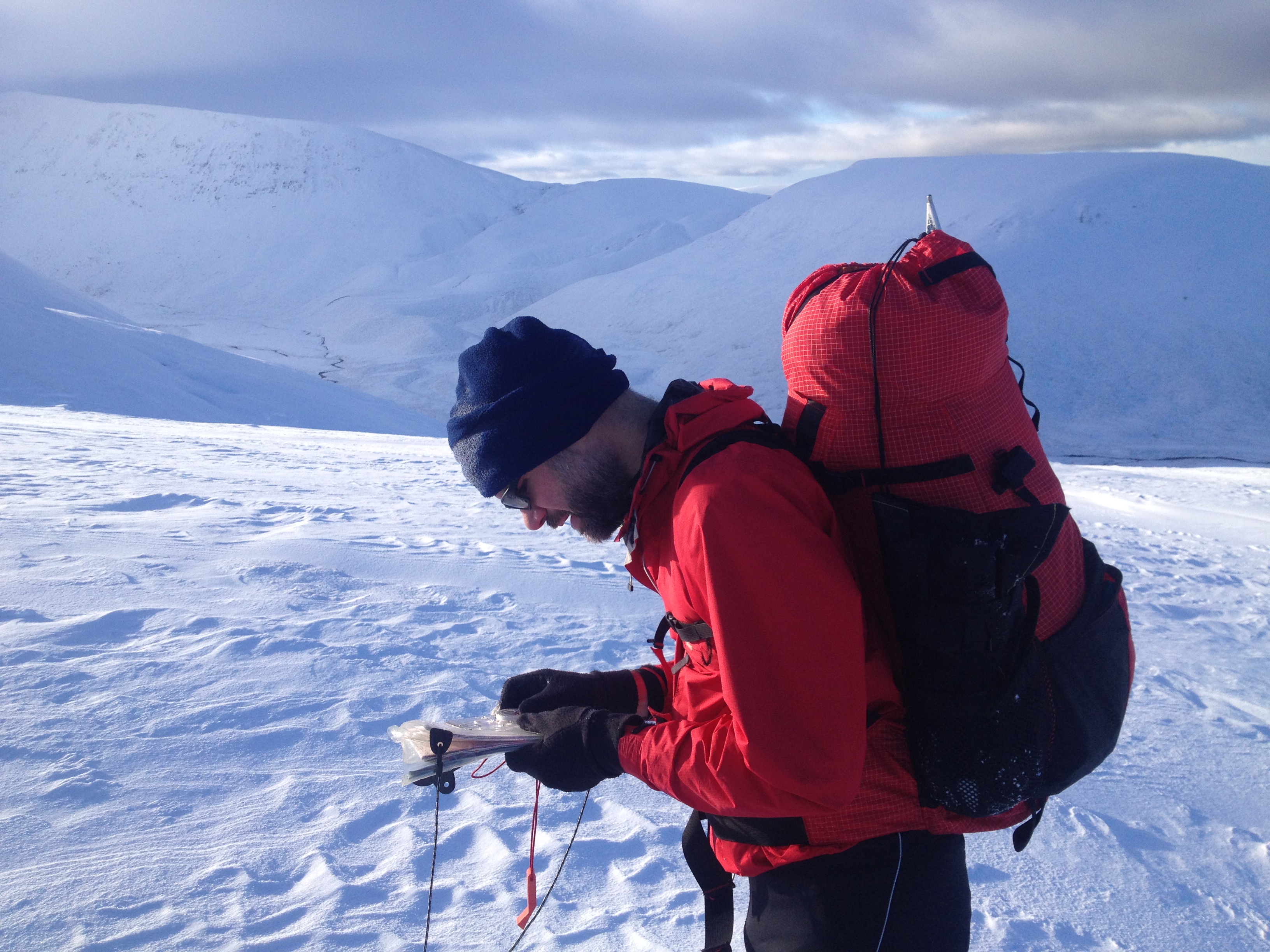 Testing my new kit in the Cairngorms

Myself and good friend Alasdair MacDougal aka Dougal set out for a two day trek and adventure in the Cairngorms the other day to test all my new kit which is a mix of purchased kit from Likeys in Breacon in Wales who are the organisers of the 6633 Ultra and to where I travelled to use their expertise on getting the correct kit and Base layer company Armadillo Merino have kindly agreed to sponsor my base layers for the 6633. They supply NASA so if it’s good enough for NASA it certainly good enough for me! 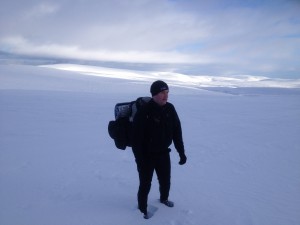 The plan was we were going to do ten hours on the first day, Dougal was going to camp and I was going to sleep in my bivvi bag, then we had a eight hours planned for day two. However weather and conditions can change any plan. We were doing well on day one when we descended off a mountain into a glen where the wind had caused severe snow drifts where we were heading, this caused our pace to severely drop fighting to keep moving. At one stage I sunk waist deep in a mix of snow and bog and nearly lost my left boot in the bog, poor Dougal had to dig me out with his hands. We realised we weren’t going to reach our planned destination for our overnight stay so Dougal navigated us safely to a small Bothy where we slept for the night after five tough hours on foot.

Day two I opened the Bothy door to find the there had been a massive fall of snow during the night. I had to dig us out of the Bothy before we could get out. We tucked into breakfast before setting out on what we expected to be a another tough day. What we didn’t expect was for our first two miles which did include a big climb to take us two and a half hours. We were minimum of knee deep in snow and sometimes up to our waist. We were concerned about getting off the really deep snow before darkness but luckily Dougal’s navigation and us just putting the head down and getting on with it got us back to the car just before darkness after a tough seven and a quarter hours under foot.

I was pleased with how my new kit performed in such hostile conditions and it’s another box ticked leading up to being on the start grid of the 6633 Ultra on March 11th.

One thought on “Testing my kit in the Cairngorms.”