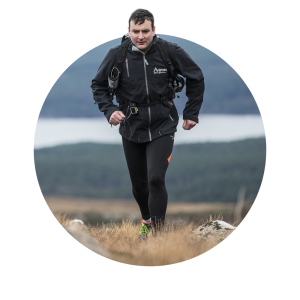 Here are some press cuttings from my previous adventures.

In August I became the latest castaway on North Highland Radio, sharing my desert Highland discs and tips to leading as active a lifestyle as possible with type 1 diabetes.

In June I spoke to BBC Scotland about leading a life without limits and taking on my new challenge – the 6633 Ultra, a self-sufficient, 350 miles foot race in Arctic conditions with temperatures as low as -50 degrees! 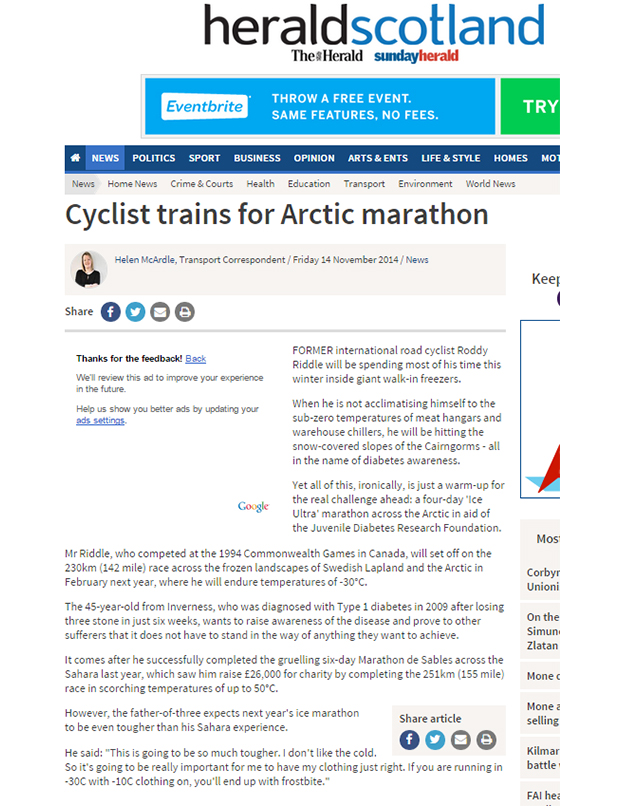 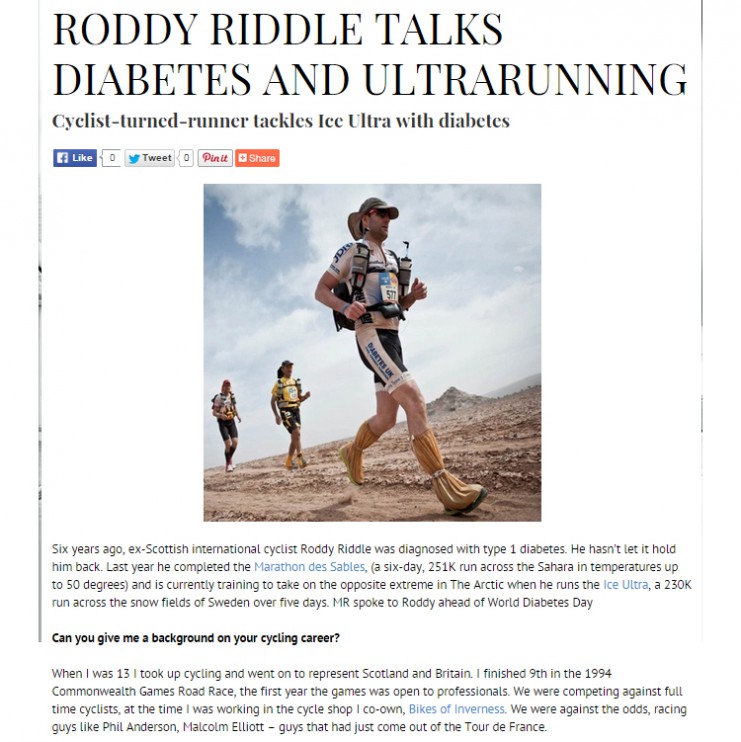 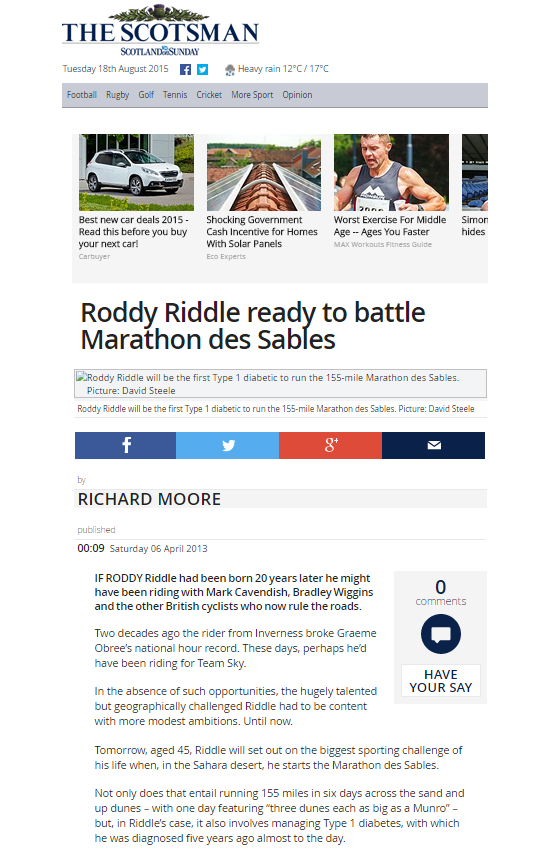 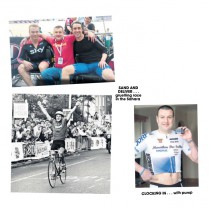 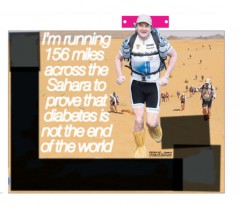 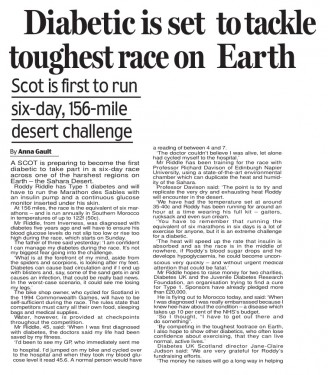 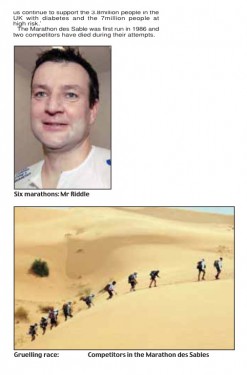 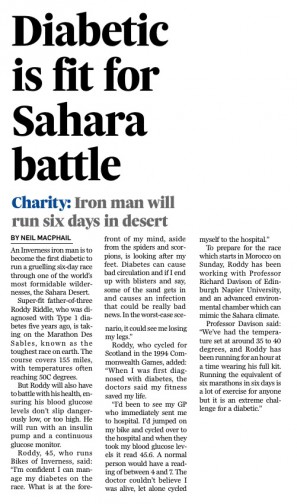 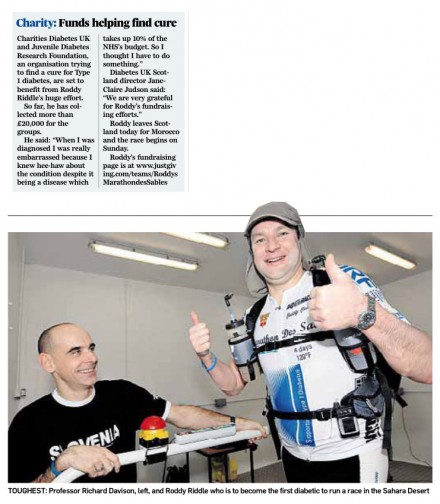 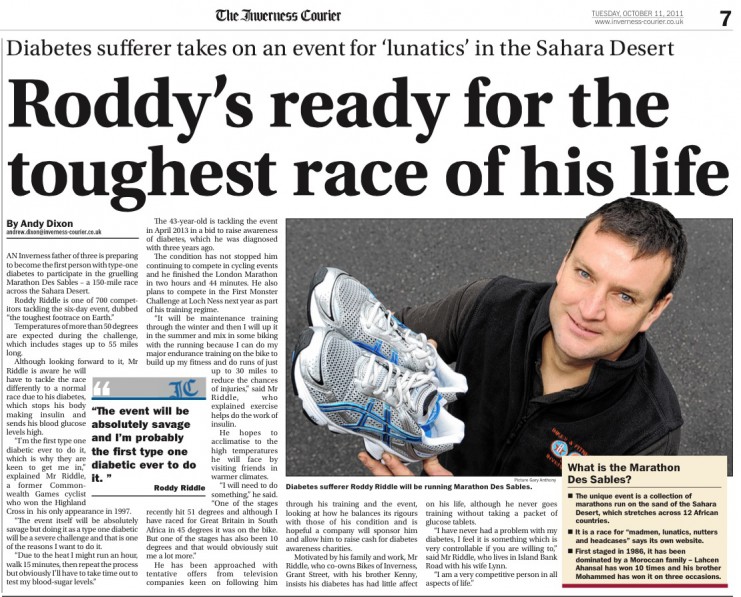