Running into the (blood glucose) unknown 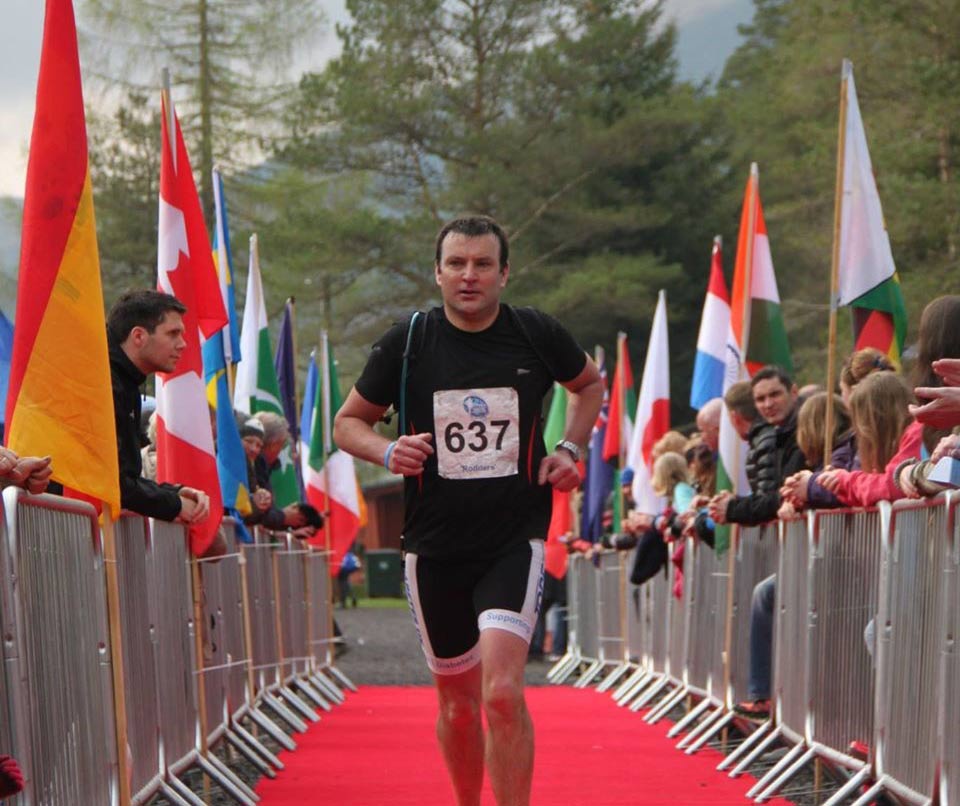 Saturday 26 April was certainly a very interesting day as far as sport and my type 1 diabetes goes.

The day would be a reunion with a group of runner friends. We call ourselves the ‘Tartan Army’ and we met sharing a bivouac last year in the Marathon de Sables – the notorious six-day ultra marathon that takes place in the Sahara desert. But this reunion wasn’t for a catch-up and a beer. We were running again, in the 53-mile Highland Fling Ultra Marathon from Milngavie to Tyndrum in the West Highlands.

On the Friday night, I travelled down to Glasgow to stay at my friend Derek’s house along with another two members of the bivouac. We headed to his house for a three course meal which left me going to bed with my blood glucose (BG) higher than I normally like. We had porridge for breakfast at 3.30am, which raised my BG again. As a result, I was constantly doing BG tests on the way to the race to make sure it was at a safe level before the start. I lined up at 6am with 799 other competitors – happy I finally had my levels under control.

Throughout the race there were four food drop-off stations which doubled up as timing-chip check points. I had pre made my drop-off bags with energy drinks, bars and gels which would be waiting for me at each station. I ran with a continuous glucose monitor (CGM) which, via Bluetooth, told my insulin pump my BG levels and in what direction they were going. This is really beneficial during events as I don’t have to stop so often to do blood test readings.

All was going very well until I reached the 18 mile mark. I had started my descent down to Loch Lomond when I felt something wasn’t right. It turned out to be my worst fear – the cannula for my insulin pump had detached from my belly. I had to make some quick and serious decisions before arriving at food pick-up point one. Do I risk carrying on with no insulin or do I take a break? I decided on the latter. I got to the check point and got handed my food bag, but I knew I couldn’t take carbohydrates on board without insulin. I took only an energy bar and a gel and put them in my bum-bag, just in case my BG dipped too low and caused a hypo.

I filled my camelback with water and set off into the unknown.

This was where I really started juggling the books. I used the effort I was putting in to help control my BG levels. If I saw the trend arrows on my CGM dipping, I put in more effort knowing adrenaline along with intense effort would help raise my levels. If I saw them going up too much, I took the foot off the gas to let them lower. At each food pick-up I continued to take only water, knowing I couldn’t risk a high BG level by taking carbohydrates. I ran the last 35 miles on water alone and finished surprisingly strong. In the final 12 mile section I caught up with around 30 runners and finished 173rd in a time of 10 hours 47 mins.

Having downloaded my CGM readings they showed that from 6am to 4.47pm that day my BG was almost within a range similar to a person without diabetes. Pretty good, considering I was running into the total unknown.

I did eventually get a beer with the Tartan Army. It’s been suggested that for the next reunion to miss out the run and just have a beer!

This article was first published by JDRF at the following website address http://www.jdrf.org.uk/news/jdrf-type-1-diabetes-blog/running-into-the-blood-glucose-unknown-by-roddy-riddle

One thought on “Running into the (blood glucose) unknown”