What’s been happening since the 6633. 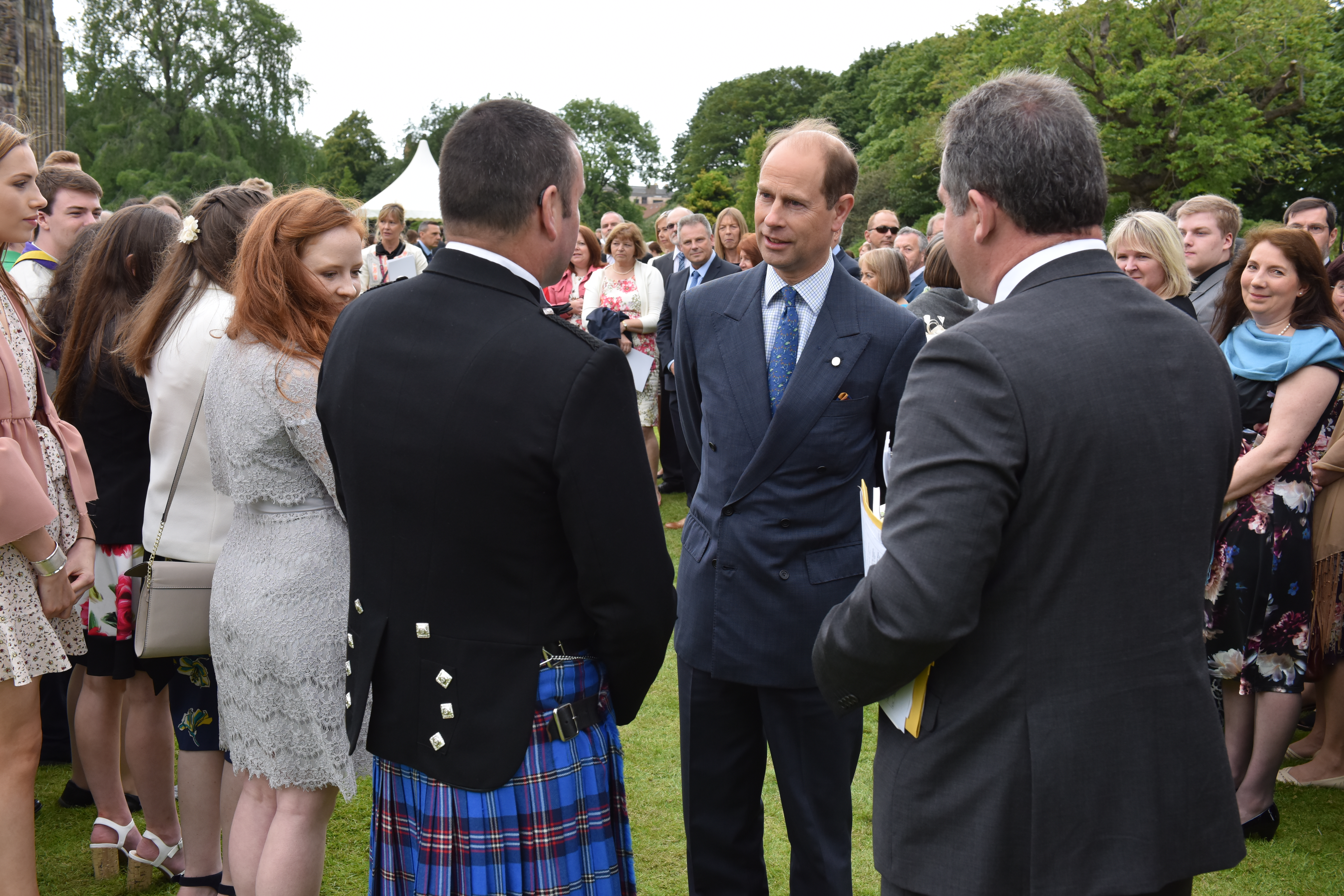 Since finishing 2nd in the 350 miles Arctic 6633 Ultra Marathon in March I’ve been doing a lot of presentations, in fact I’m in school more now than when I should have been in school when I was younger doing PowerPoint presentations, assembly’s and presenting awards. The first talk was actually only 3 hours after crossing the finish line of the 6633 Ultra when I was asked by the head teacher from the primary school in the hamlet in Tuctoyaktuk if I would do a talk to the school for their health week. I’ve done a lot of talks for health care professionals also. Recently myself and Nicky Marr did a night in Eden Court Theatre where we had pictures from my cycling career, my story of been diagnosed with type 1 diabetes and the crazy Ultra Marathons I’ve done since been diagnosed to a sell out audience which I’ve had some terrific feedback since.
In June I had the privilege of being asked to present gold Duke of Edinburgh awards in Holyrood Palace which was a great honour to do.
Coming up in October is the One Touch type 1 Sports Weekend in Loughborough University which is always one of the highlights of the year where I’ll be doing the Saturday pre meal motivational presentation.
Last week Dexcom the manufacturer of Dexcom G5 and G5 continuous glucose monitoring system asked me to join them as a ambassador which I’ve accepted which is also a great honour.
My heal which was in a mess with a blister which I got during the 6633 Ultra Marathon has gone from high risk of long term diabetic problems to low risk and I was signed off by the diabetes podiatrist last week which is excellent news and proves good control can only be good to reduce long term diabetic issue.
I’ve also made it into Likey’s the outdoor/sports shop who organise the 6633 Ultra Marathons Hall of Fame which is a major honour to join some pretty amazing fellow athletes.